It's been a week since we weaned Premiere, Amira and Eclipse so we decided that it was time we started halter training.

Halter training is something that both I and the kids had been looking forward to. It would be our very first time halter training alpacas, or any animal, for that matter.

Gemma and I started with the training first thing on Saturday morning. We started by introducing the cria to the halters.  We thought that it was going to take a while for them to get used to having the halters on but we were both pleasantly surprised when after a short period of time they weren't bothered at all about having them on. After about 20 minutes, we took the halters off and left Premiere, Amira and Eclipse to 'recover' from their experience.

I had thought that we wouldn't start leading them until Sunday but when Gemma, Matthew and I returned to the field an hour later, they took to the halters straight away. We agreed to give leading a go.  Amira seemed to get the idea very quickly, Eclipse and Premiere needed a lot more patience and coaching.  Eclipse had been quite lively but soon calmed down and understood what she was supposed to be doing.  That left Premiere, the only boy and the most awkward of the three.  He very quickly learned that he could simply fall over and 'play dead'.  He did this quite a lot in the early stages and although he improved later on in the day he continued the bad habit.

After a few attempts at different times throughout Saturday, Premiere did start to improve but we couldn't stop him from lying down.  We agreed to leave it for the day and try again in the morning.

Sunday morning came and Gemma was determined to stop Premiere from lying down all the time. She persevered and eventually it paid off - Premiere finally understood that he was supposed to walk while being led.  This was a major achievement because it was our first halter training experience and after 2 days all three of our Cria had mastered it.

Here are some pictures from the weekend. 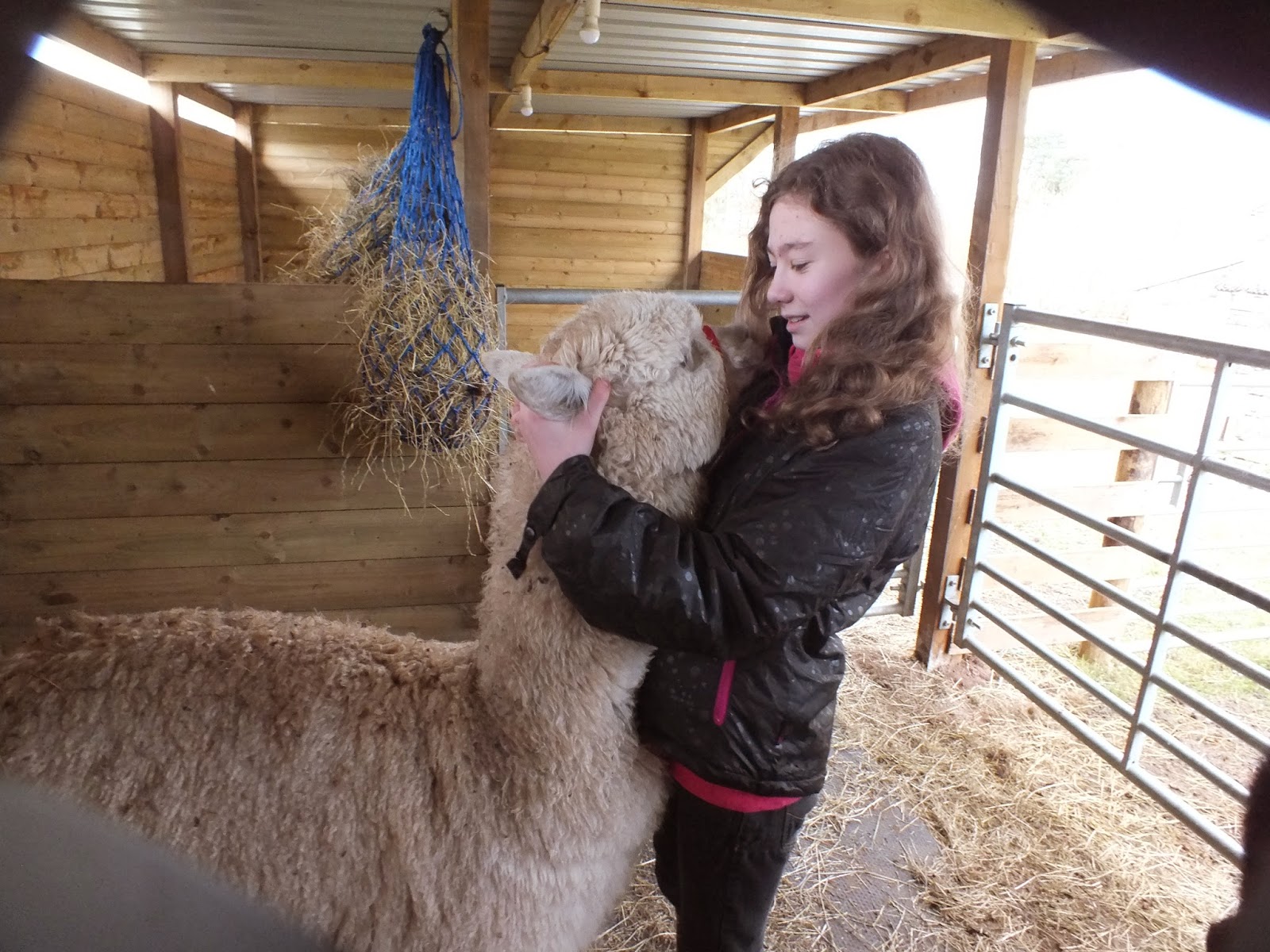 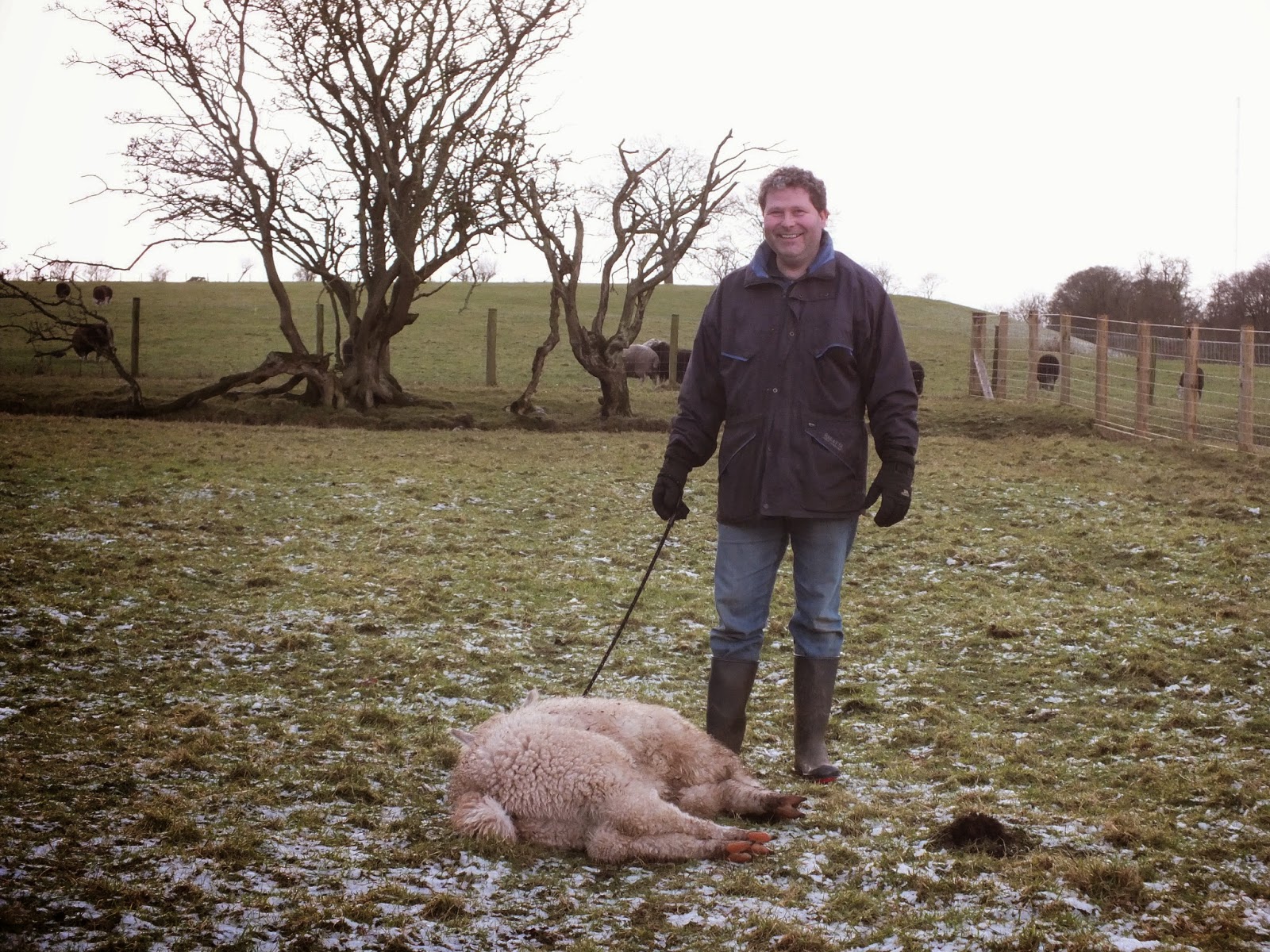 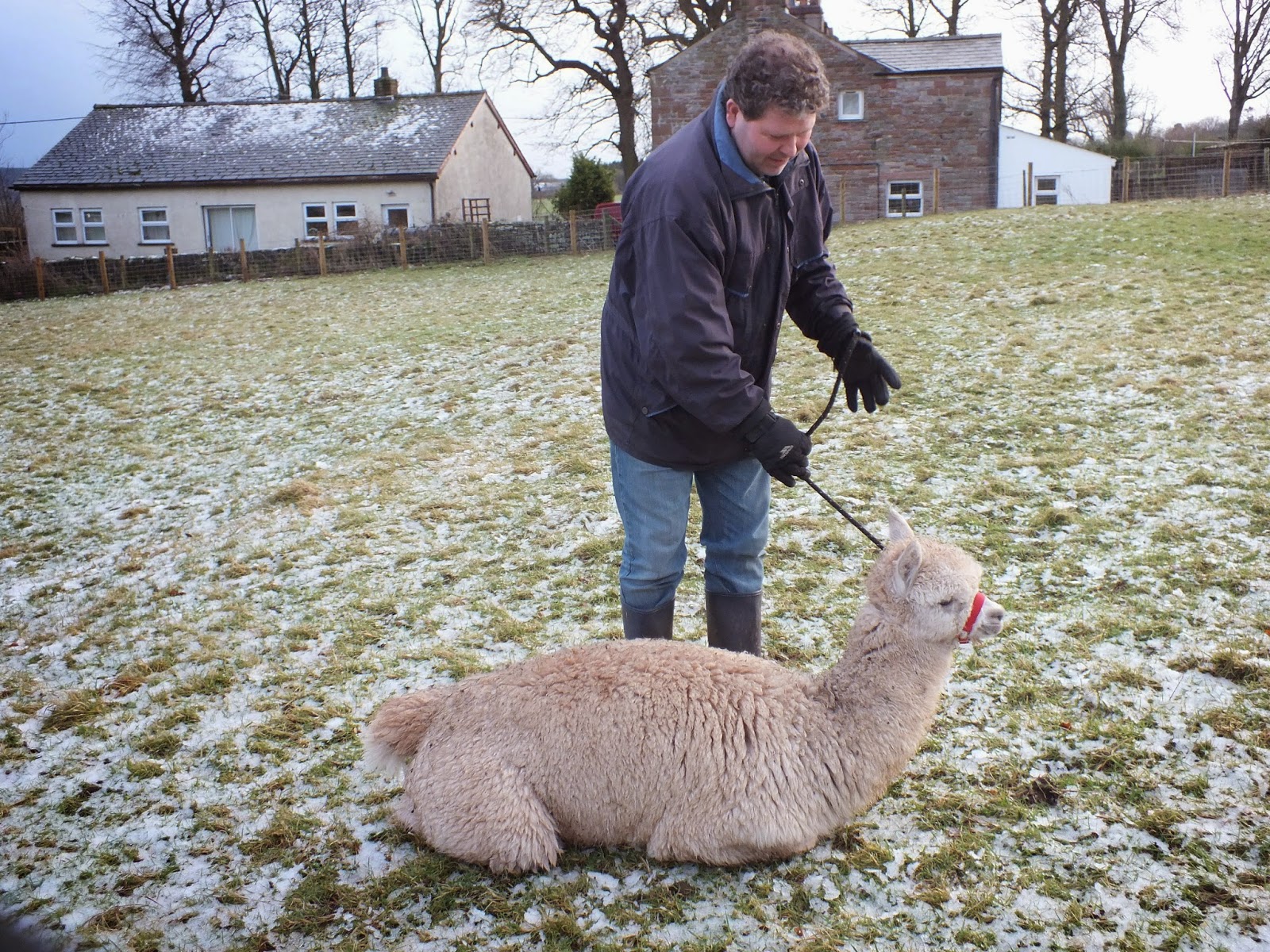 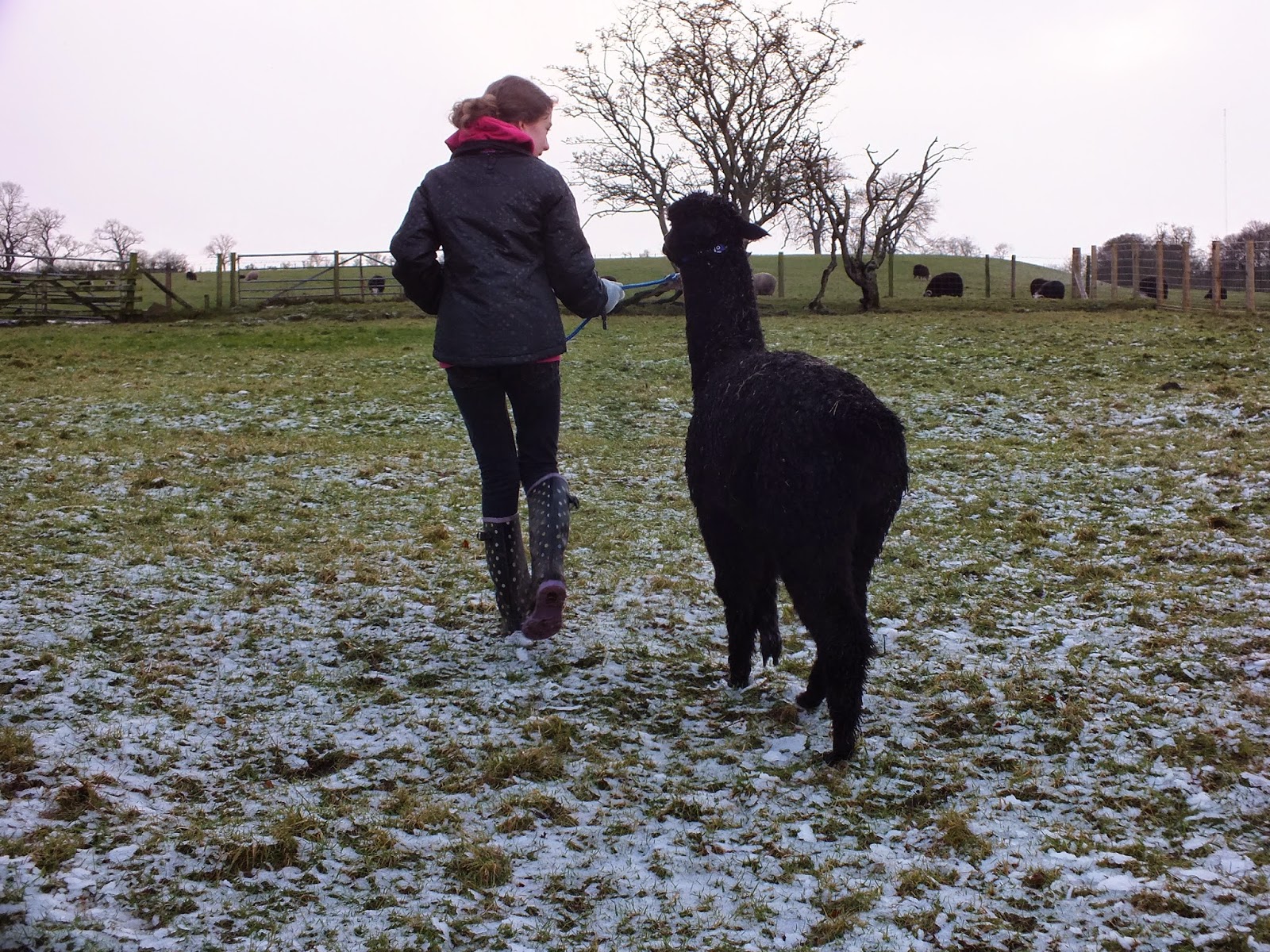 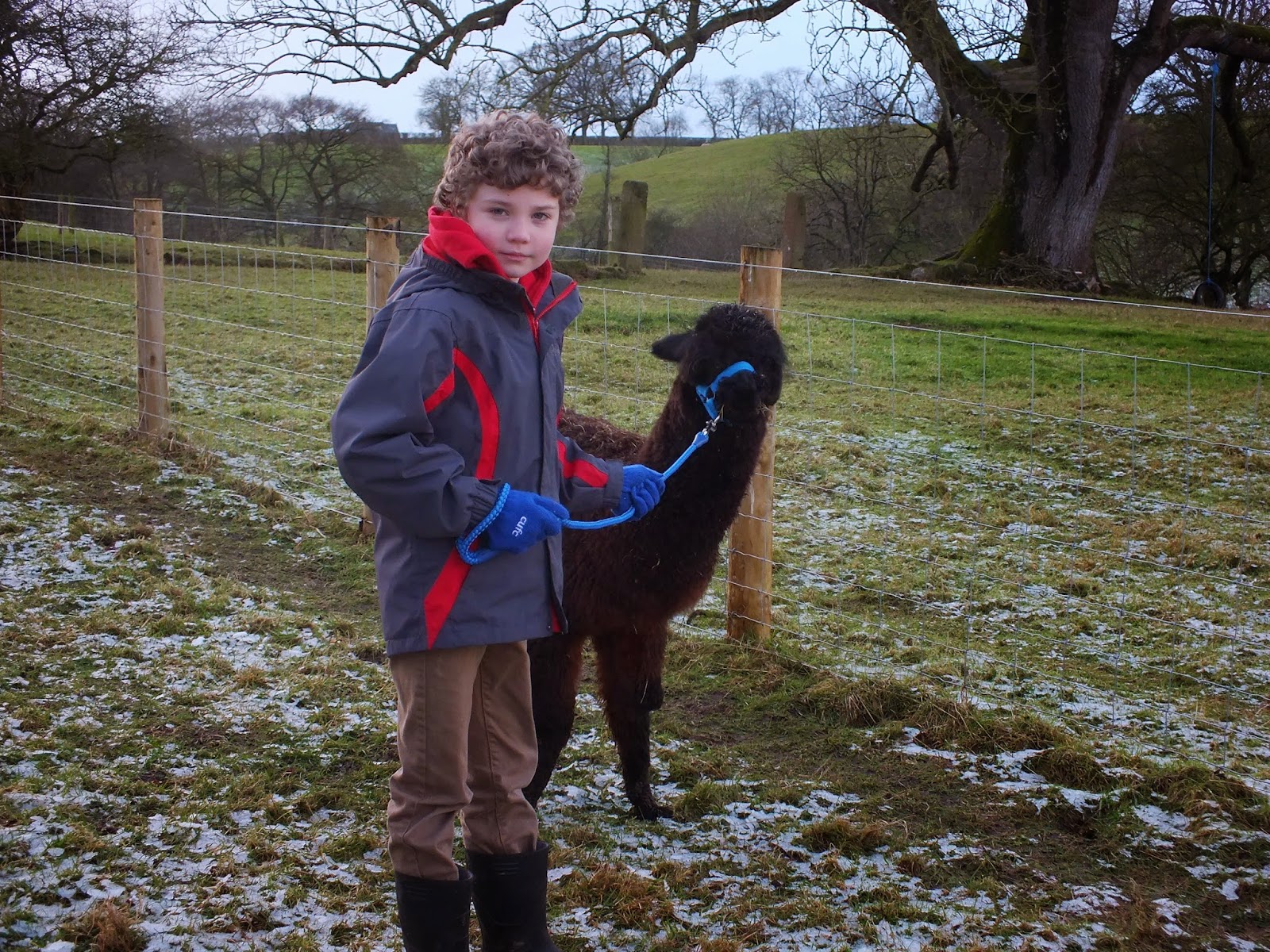 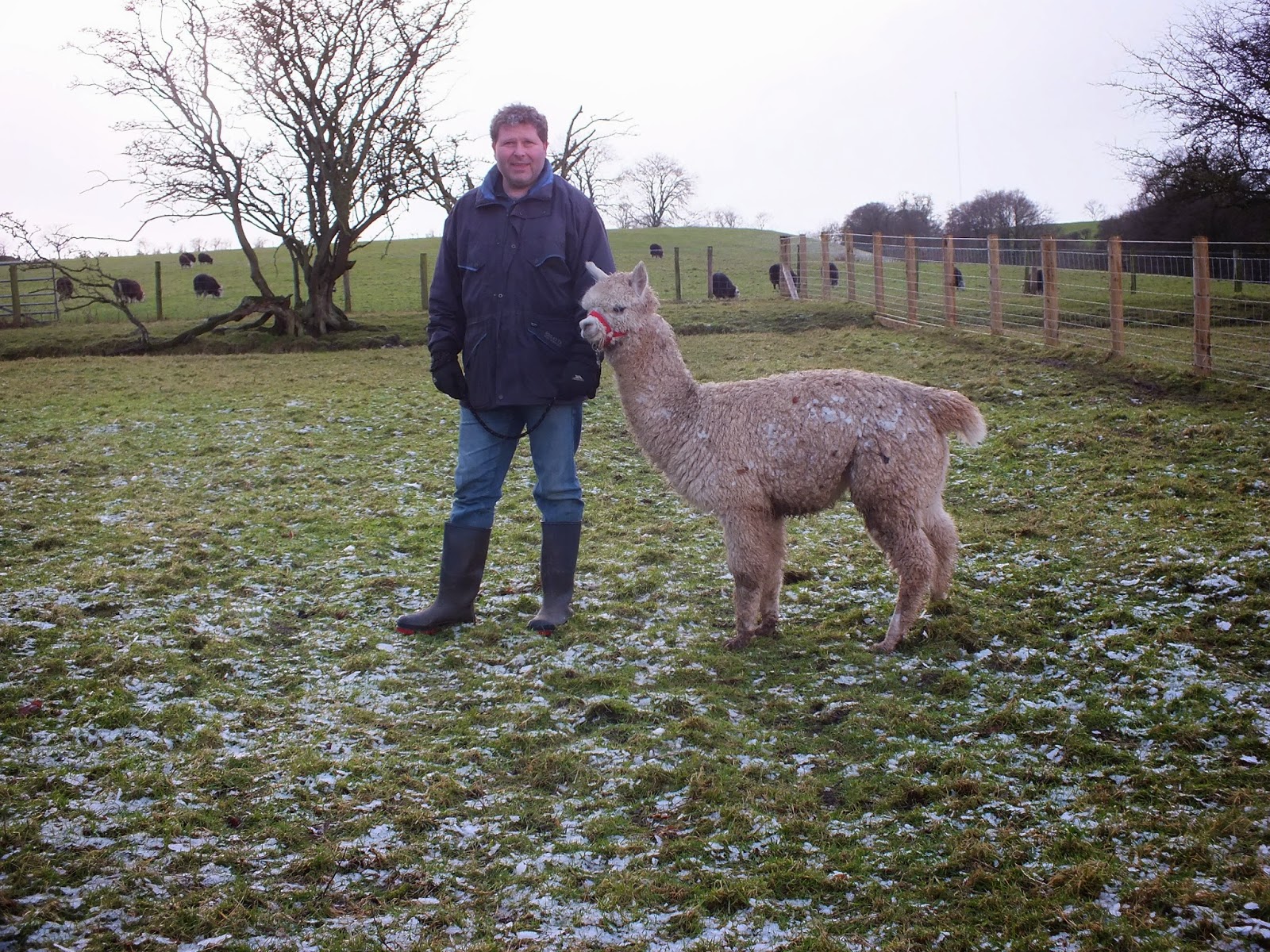