Well, Eden Valley Alpacas has got it's very first newborn,  this little fella 'Premiére' was born at 8:15am this morning and is so far doing well.  I fed the girls this morning and said that Blanche's teats were looking full so perhaps the arrival would be today or tomorrow, I was then just about to about to leave for work when Gemma shouted "Dad, either Blanche is giving birth or she's going to poo in the shelter!" which for our girls would be a bad thing because they are very clean and very particular about toileting in the same place 'outside' the shelter.  We went to have a look and the legs appeared, quickly followed by the head.  It didn't take long before he was out. What an experience and I felt just as nervous as when the kids were being born!

It's been a bit of a strange day with him having to be bottle fed colostrum, because Blanche's teats were protected by wax, this was sorted with a little help from Beck Brow Alpacas - thank you so much Barbara.  Here's hoping that he finds Blanche's milk bar very soon. 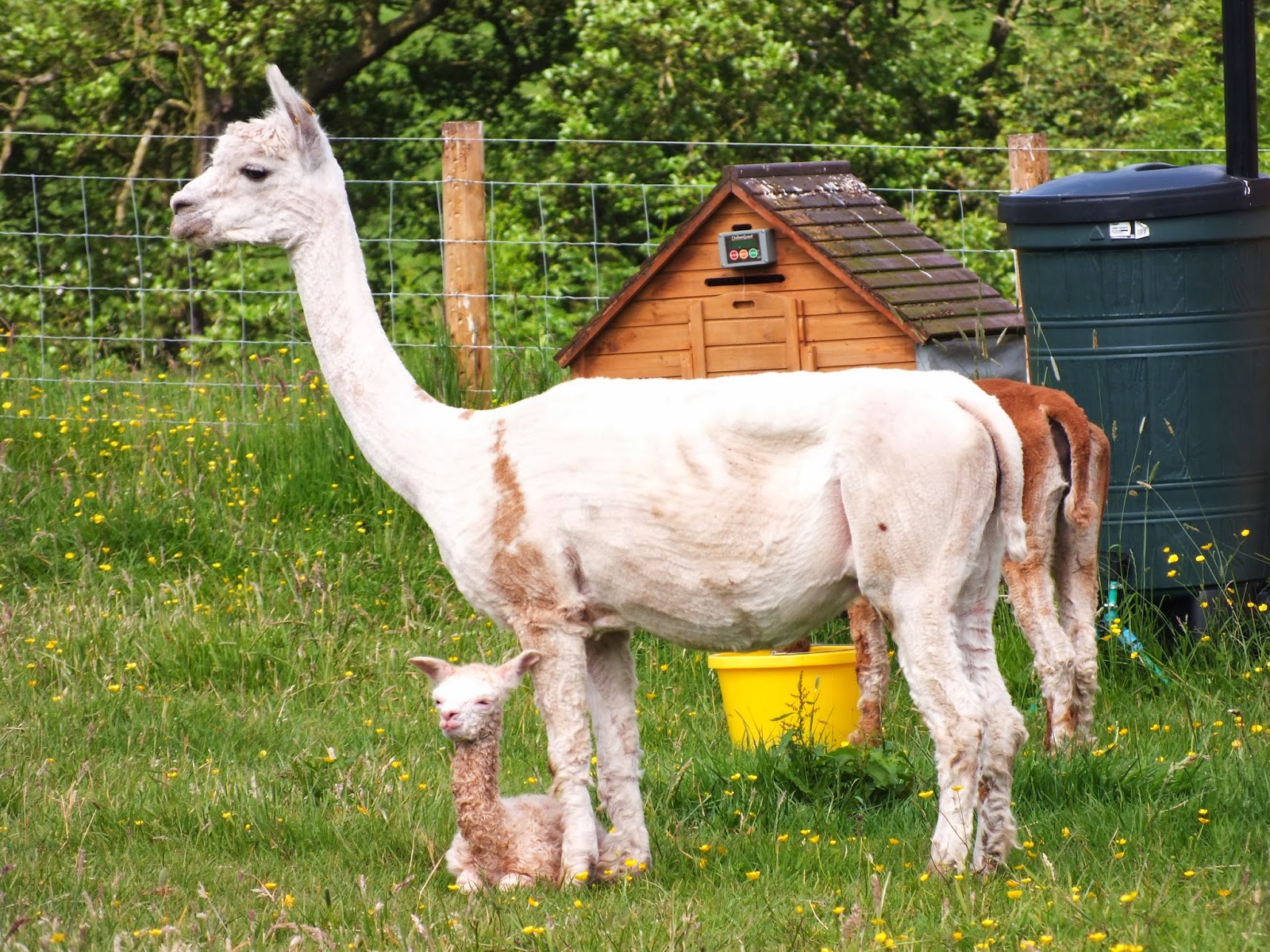 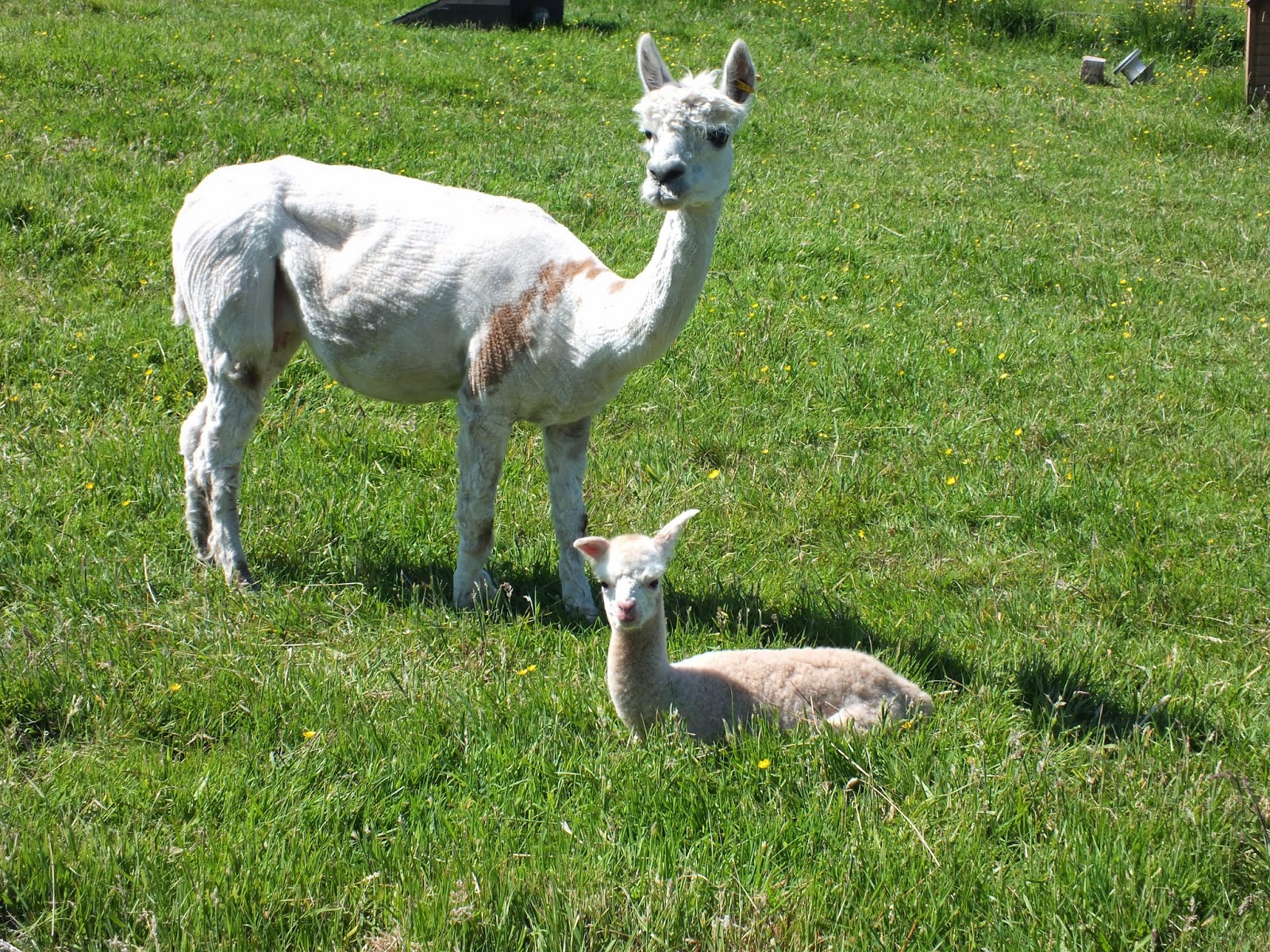 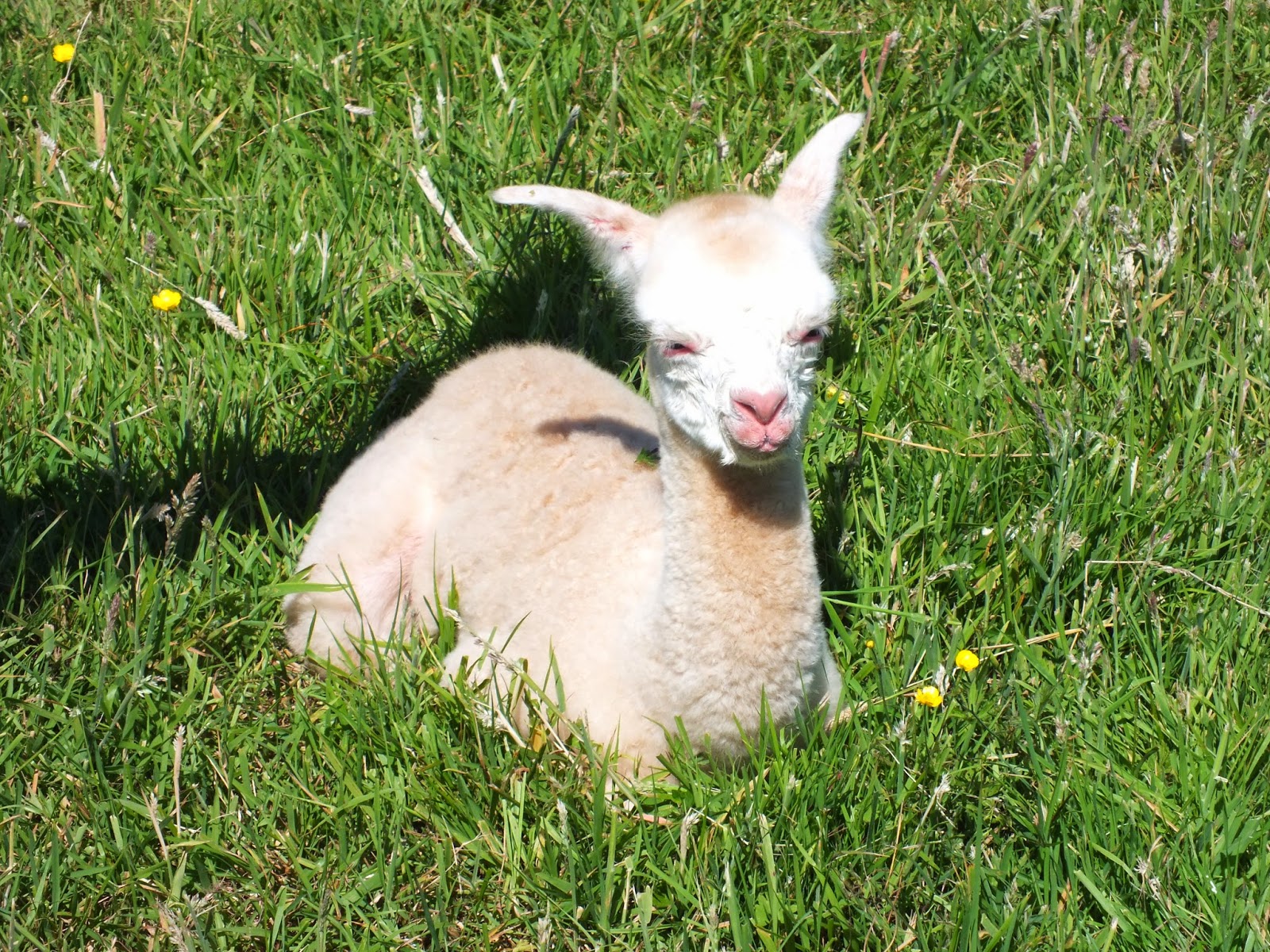